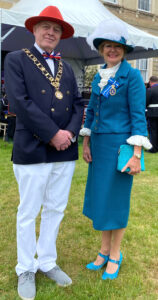 Thank you to all who supported the Beacon Lighting and Jubilee Picnic in the Park. What a fantastic bank holiday weekend of events locally and nationally were organised.

Photo, right, Mayor of Cowes, Councillor Paul Bertie and Isle of Wight High Sheriff, Mrs Kay Marriott JP at the opening of the Jubilee Picnic in the Park.

from our Mayor, Councillor Paul Bertie. 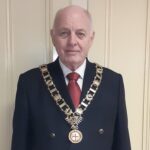 I was born in 1949 into an army family and spent my childhood travelling to various parts of the world. My family emigrated to Australia in 1966 where I lived and worked for 5 years before coming back to the UK. I first visited Cowes for Cowes Week 1976 and immediately fell in love with the town, realising the massive potential that it had in all aspects, not just yachting.

I finally moved down to Cowes from London in 1981 starting a retail clothing business in the High Street, which I still run to this day. In 1985 I founded ‘Project Cowes’, an organisation to promote Cowes. This went on to become the Cowes Business Association.

I was Deputy Mayor of Cowes for 2000/2001 when I played a major role in promoting the America’s Cup Jubilee, probably the greatest yachting event ever.

My main aim for the next year in this post-pandemic period is to re-establish Cowes as a major yachting centre; ‘The Home of World Yachting’, but to also fully support other local ventures such as The IW Literary Festival, Northwood House and The Beckford Centre.

I strongly believe that all residents should be able to fully engage with all activities and events in Cowes.

The image left shows two icons of Cowes’ industrial past; the Hammerhead Crane (100 years old in 2012) which serves as a reminder of the great days of J Samuel White’s shipbuilders on the Medina until the 1960s; and the 5th mechanical Floating Bridge, connecting Cowes with East Cowes, a service which celebrated its 150th anniversary in 2009.

Cowes Heritage is an organisation focused on recording the history of Cowes, capturing for future generations its industrial past.

There will be a guided Cowes Blitz Walk starting at 2.30pm on 7 May 2022 to commemorate the 80th Anniversary of the Defence of Cowes. Meet at the War Memorial in Northwood Park, Cowes. The guide is available at: https://www.cowestowncouncil.org.uk/wp/wp-content/uploads/2022/03/Cowes-Blitz-Walk-2022.pdf

There are many historic points of interest throughout Cowes. Details of historic walks, which are unescorted, are available at: https://iwbeerandbuses.co.uk/walks-historic.php.

Cowes Town Council works with local organisations for the benefit of the residents of Cowes, including:

Cowes Harbour Commission (CHC) is the statutory harbour authority for Cowes Harbour on the Isle of Wight. Further details can be found on their website: www.cowesharbourcommission.co.uk/

Isle of Wight Council. Detail of the services the IW Council are responsible for are available on their website: https://www.iow.gov.uk/

Coronavirus information is available on our dedicated webpage:

Click here to open up a live map detailing all the ships currently in the vicinity. 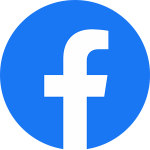 The Cowes Town Council office is generally open every weekday morning (except Bank Holidays) between 9.30am and 12 noon.